Online International Symposium：Representation of Utopias in Western Art was held on Nov.28 2020 sat.19:00-23:00 (JST).
There were 85 visitors from Japan and abroad.

This symposium examine how utopia has been represented in Western art in the ancient, early modern, and modern periods. In particular, it define what modern representations of utopia inherited from representations in earlier periods and what kind of socio-ideological environment the new utopias of the modern period were created in. Furthermore, starting with the hypothesis that the act of representing utopia itself is a universal psychological mechanism that transcends historical periods, the symposium investigated what that mechanism is and discuss the possibility of building a theory of utopian art as a theory of the creative act. 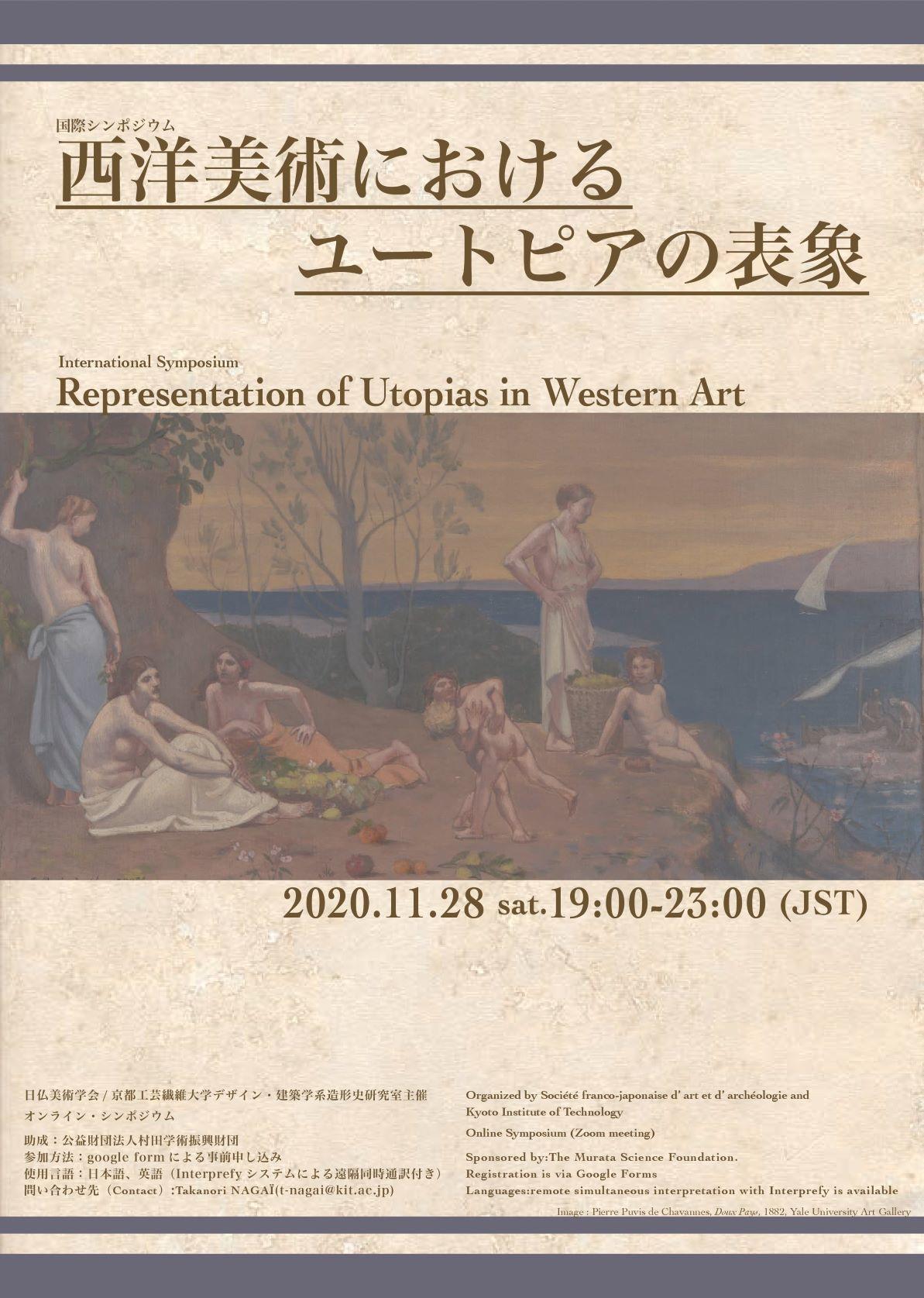