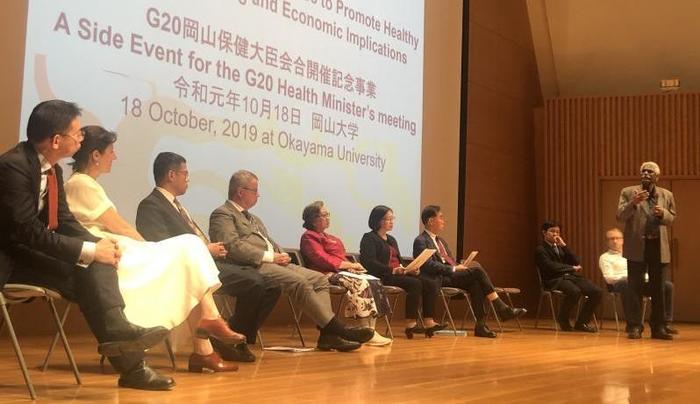 On October 18, 2019, an international symposium was held at the 50th Anniversary Hall, Okayama University, as a side event for the G20 Okayama Health Minister's Meeting.

In the following sessions, the theory for life-cycle approach and its examples from Japan and the potential positive economic impacts of healthy and active ageing were discussed. In the panel discussion, representatives from the six Asian countries discussed their issues and concerns related to population ageing and called for government's policies and programs based on life-cycle/ course approaches to population ageing while acknowledging the importance of the individual's effort towards healthy and active ageing.