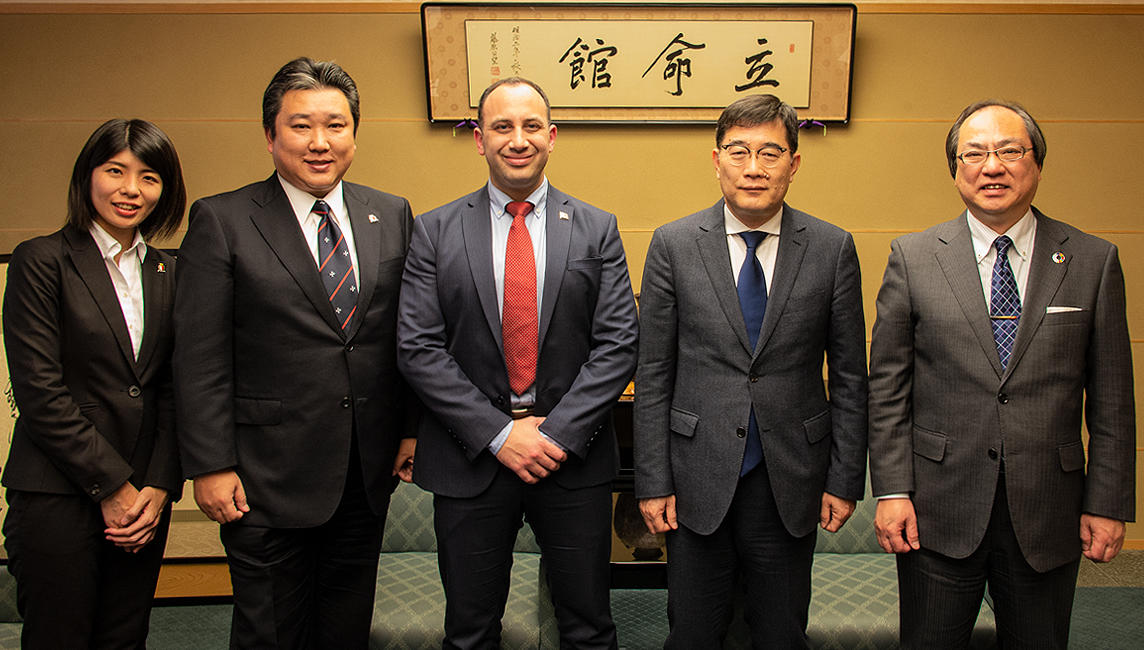 H.E. André Spiteri, the non-resident Ambassador of Malta to Japan, visited Suzaku Campus, Monday, December 16 - meeting with Chairman of the Board of Trustees, The Ritsumeikan Trust, Tomomi Morishima; and Chancellor of The Ristumeikan Trust and President of Ritsumeikan University, Yoshio Nakatani.

Ambassador Spiteri first came to Japan after graduating from the University of Malta. After spending time at several universities, he joined Ritsumeikan University's Graduate School of International Relations in 2008 - graduating with a master's degree in 2010. He has served as the non-resident Ambassador to Japan since 2013 and has devoted himself to strengthening exchange between the two countries in a wide range of fields.