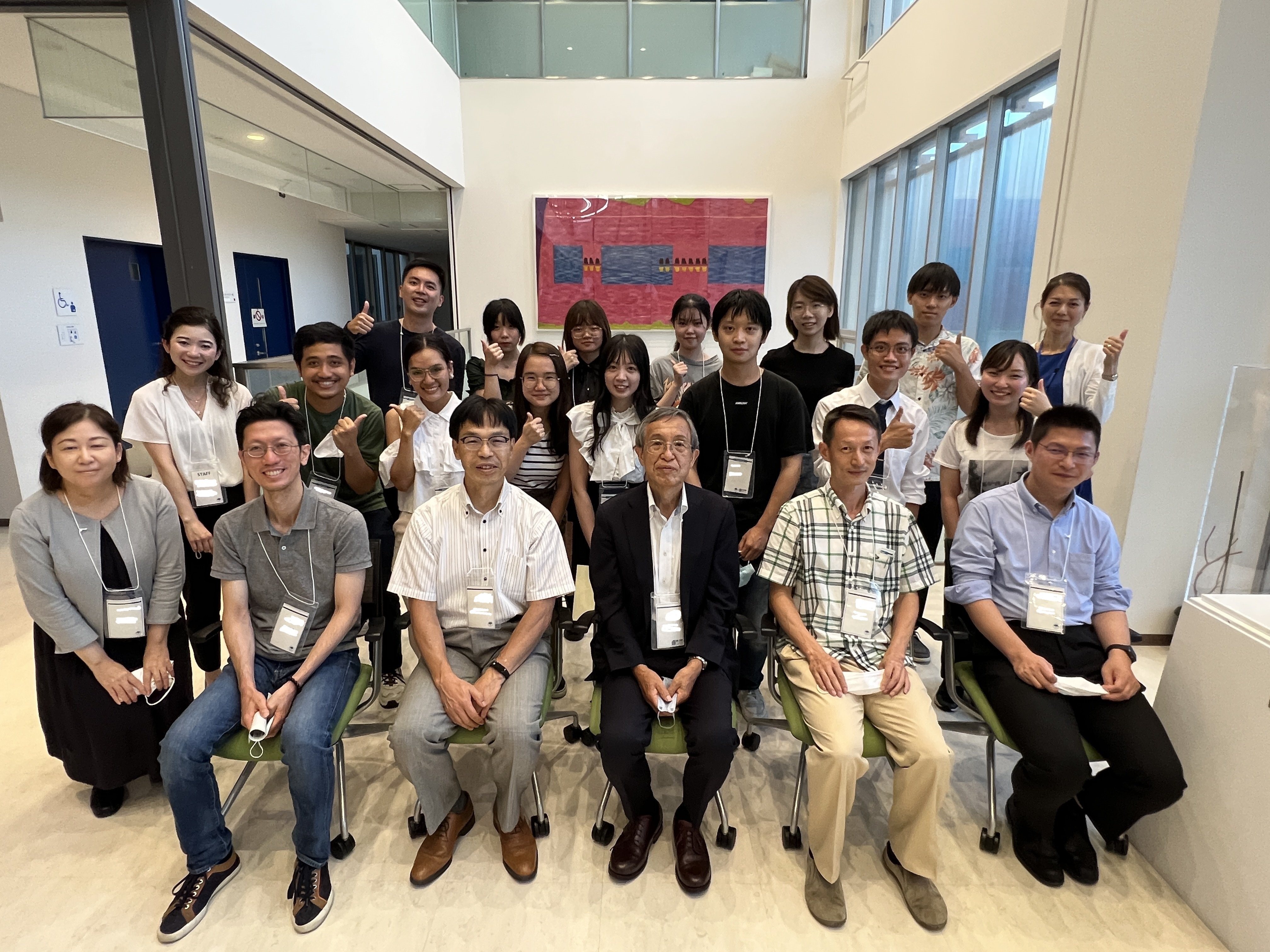 The gathering opened with an address from Professor Katsuichi Uchida, president of Bai Xian Asia Institute (BXAI) Academic Committee, which runs AFLSP. He greeted the participants and expressed his expectations for Kyoto University's role in the program. Following this, Professor Masayuki Fujihara of the Graduate School of Agriculture, who chairs the AFLSP subcommittee of the University's international student exchange committee, reflected on the institution's involvement in the program since 2014. He emphasized the solid partnership that has developed over the years between Kyoto University and BXAI as well as the importance of the annual meeting as an opportunity for AFLSP scholars to share their study experiences.

In the presentation sessions -- run by Associate Professor Liang Zhao of the Graduate School of Advanced Integrated Studies in Human Survivability (GSAIS, or "Shishu-Kan") and Junior Associate Professor Kai-Chun Chang of the Graduate School of Engineering -- seven of the scholars reported on their achievements in research, community service, and other activities over the past year. Next, four student groups, comprised of the seven scholars and others, shared the results of their Team-Project Based Research (T-PBR). T-PBR was introduced in April 2022 and involves students working in groups of two to four.

Each presenter received feedback from the judges, who later selected two scholars and two T-PBR teams for awards for superior accomplishments and presentations.

The organizers hope that AFLSP will continue to facilitate Asian students' understanding of cultural diversity and development of leadership skills for years to come.

AFLSP was established in 2014 by BXAI with the aim of providing young people in Asia with opportunities to study in other parts of the region, enabling them to deepen their understanding of different cultures while gaining the leadership skills needed to contribute to regional and global development.