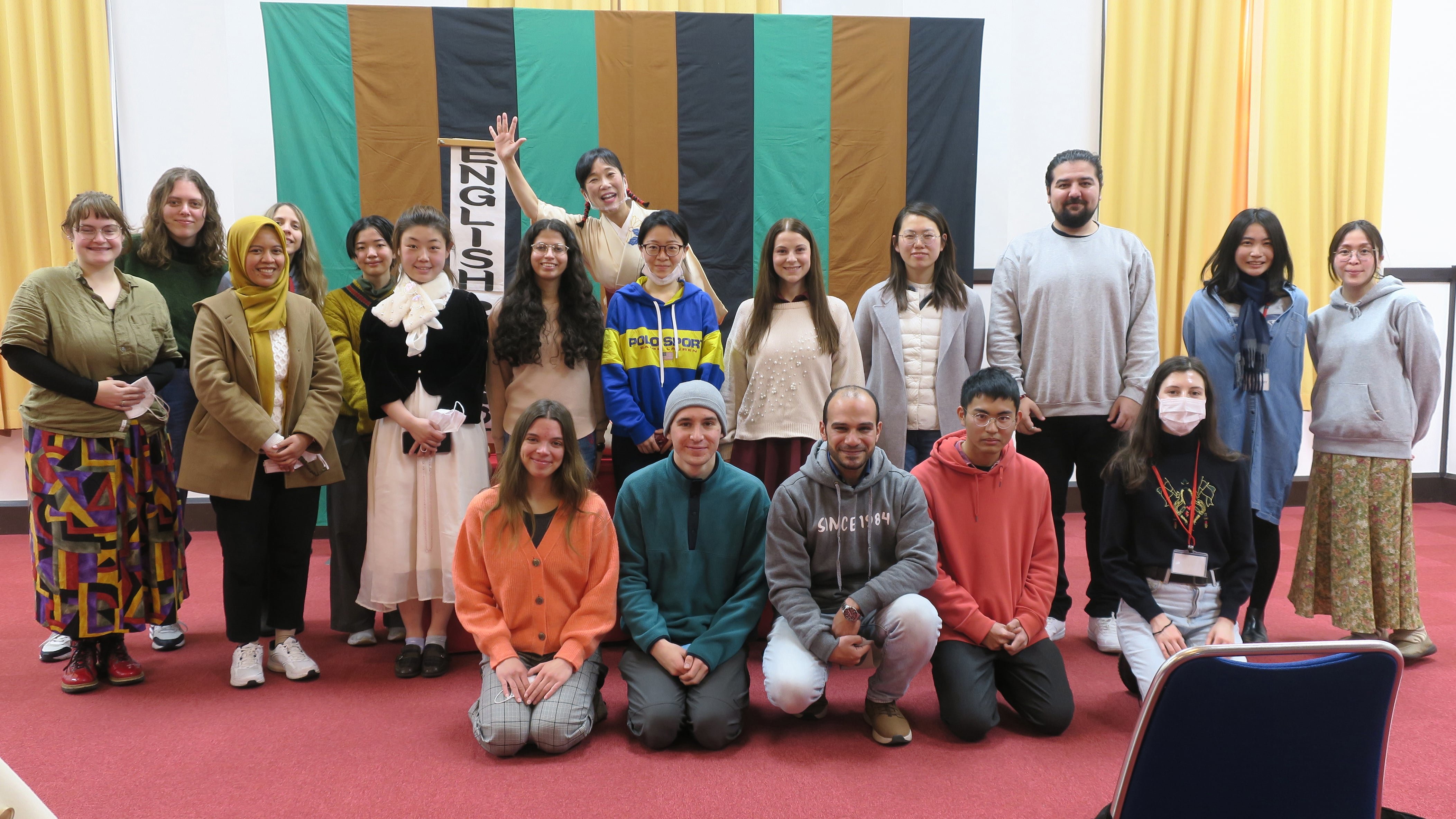 Student Lounge KI-ZU-NA's monthly event for December 2022 was an English Rakugo Show featuring Sayohime, a female performer whose KIZUNA appearances have consistently drawn a large audience. Her latest show took place on a grand scale in the International Conference Hall, which had been temporarily converted into a yose (vaudeville theater), on the second floor of the Clock Tower Centennial Hall building.

The event began with Sayohime explaining the origins and 300-year-plus history of rakugo, a traditional art of storytelling, as well as the concept of ochi (punchline) and the use of sensu (folding fan) and tenugui (hand towel) as props. She then demonstrated some of the hand and body gestures designed to enact different characters and express emotions.

Following this introduction, the artist performed two stories in English: "Substitute Doctor", a humorous and funny story about a medical apprentice, a boy named Shutatsu, who at the behest of his master goes to examine his first patient, and "A Famous Hanging Scroll", a comical ghost story. Each act generated an enthusiastic audience response, possibly reflecting the universality of human emotions and their expressions -- crying when sad and laughing when happy -- which according to Sayohime is what makes rakugo fun and enjoyable for people from all linguistic and cultural backgrounds.

Afterward, Sayohime led a rakugo workshop, teaching participants how to use their voices, bodies, and facial expressions to convey traditional Japanese humor. The session involved practicing two short stories in pairs and offered a chance to go onstage to perform in front of the others.

Everyone enjoyed the opportunity to experience traditional Japanese comic storytelling and mingle with peers, laughing and having fun together. 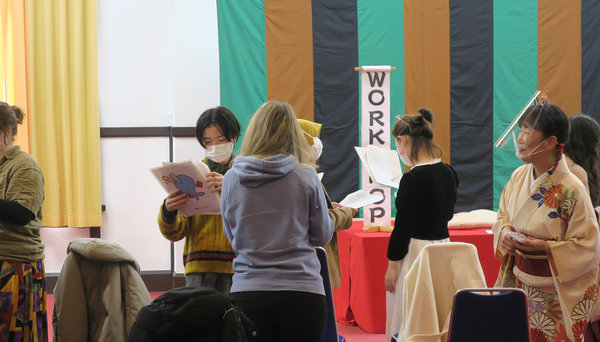 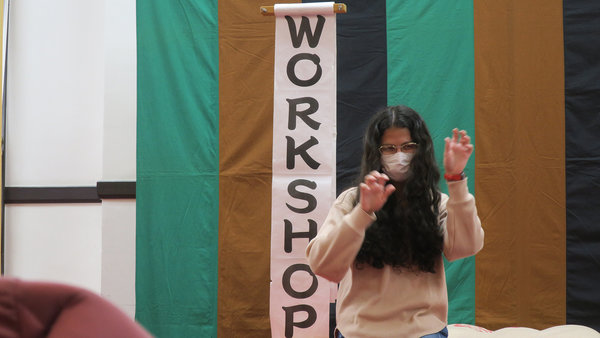 A participant performing a short story on stage