"The sixth International GIGAKU Conference in Nagaoka (IGCN 2017)" was held

"The sixth International GIGAKU Conference in Nagaoka (IGCN 2017)" was held on October 5th (Thu) and 6th (Fri). It was an international conference conducted with the intent to make "GIGAKU" a common language throughout the world and also with the aim of internationalizing the Nagaoka region.

This sixth conference was a great success with 210 attendees from domestic and foreign university, National Institute of Technology, company and others in 16 foreign countries.

On the 5th (Thu), Regional Industries Interaction Session took place at City Hall Plaza-Aore Ngaoka. Invited speakers from local enterprise which is expanding the business globally, JICA and Nagaoka City Council gave lectures about future business development. 70 audiences from 18 companies in and out of Niigata Prefecture participated in and listened to their lectures attentively. In addition, we shared and exchanged the information related to foreign customs and other matters that must be known in developing businesses in all countries of the world at our coordinator booth (Mongolia, Mexico, Vietnam, Thailand, Malaysia, Basque Country / Spain, and India).

The Poster session was prepared for the following two categories: GIGAKU Education and GIGAKU Research and Development. Active discussions were carried out and 11 poster presenters were selected as the Excellent Poster Award winners. 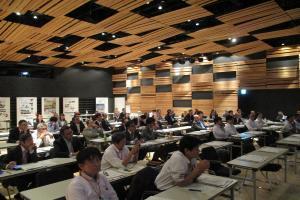 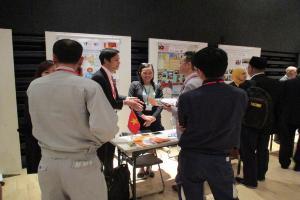 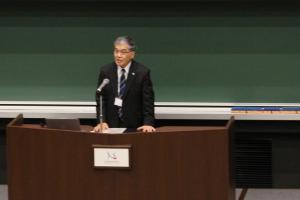 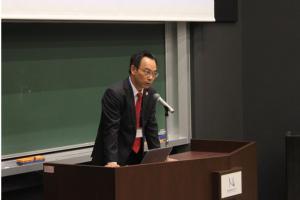 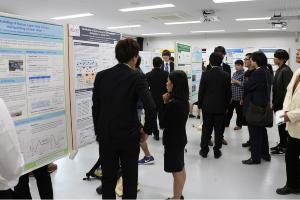