On March 18, 2019, Okayama University co-hosted with AUN (ASEAN University Network) an Academic Seminar in Thailand in collaboration with the Six National Universities Network (SUN)/International Education & Research System, (SixERS). This seminar was held as part of the "Top Global University Project," adopted by the Ministry of Education, Culture, Sports, Science and Technology.

The seminar was held at Chulalongkorn University, where AUN, which comprises 30 universities in the ASEAN region, has its secretariat. After an opening speech by Dr. Choltis Dhirathiti, AUN Executive Director, two professors representing the six national universities in Japan, one from the field of social science and the other from the field of science, provided lectures on the subjects discussed at their graduate schools. Meanwhile, three Thai alumni who have studies at universities in Japan shared their experiences studying abroad and answered questions from the seminar participants.

Furthermore, the event featured consultation booths for studying in Japan offered by SUN/SixERS, and booths offered by the Japan Foundation and JASSO (Japan Student Service Organization), which provided individual consultation and information regarding their activities. These booths offered information for local students who wish to study in Japan so that they can imagine academic life in Japan and their career path in the future. The event was attended by 70 people, including local university students and relevant persons.

In 2020, AUN and SUN/SixERS will co-host the ASEAN3 Rectors' Conference at Kanazawa University. Proposed by AUN, a pre-meeting to the conference was held between the two parties after this seminar. At the meeting, an active discussion was held regarding the theme of the conference and measures to make it a successful event.

The SUN/SixERS in Japan became a member of the ASEAN3 university network in 2015. Since then, the organization has been promoting cooperation between the network and AUN. Subsequently in August 2017, the SixERS opened its Bangkok Office. The organization will accelerate cooperation with AUN and local universities to enhance the presence of Japanese universities worldwide. It also strives to invite more global students to study in Japan and promote the development of global human resources. 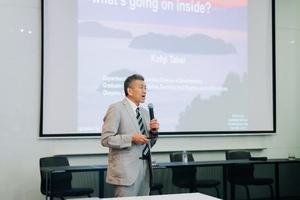 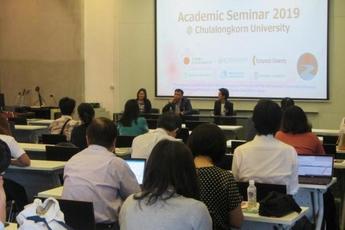 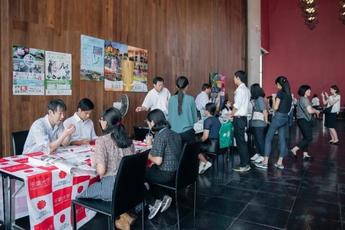 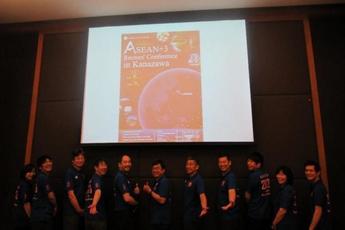