Okayama University Research Institute for Interdisciplinary Science Professor SHEN Jian-Ren attended the Gregori Aminoff Prize Award Ceremony, where he received a certificate and medal from the King of Sweden. The ceremony was hosted by the Royal Academy of Sweden on June 13 at Stockholm City Hall. After the Ceremony, Professor Shen was invited to a banquet attended by the King. On the following day, June 14, he had the honor to give a lecture at the Royal Swedish Academy of Sciences to commemorate the award, during which he introduced his research results on the water-splitting reaction mechanism of photosynthesis that led him to win the Prize.

The Gregory Aminoff Prize is awarded to individuals who have made outstanding contributions in the field of crystallography, and Professor Shen was awarded the prize in 2020 together with Professor Douglas Rees from the California Institute of Technology for their "fundamental contributions to the understanding of biological redox metal clusters". The award ceremony was postponed due to the coronavirus pandemic and was held this year in conjunction with the Royal Academy's annual meeting. 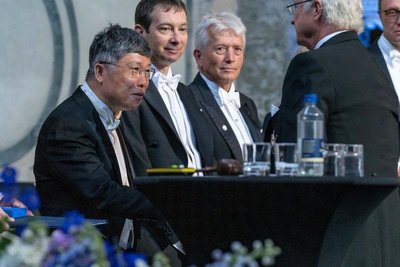 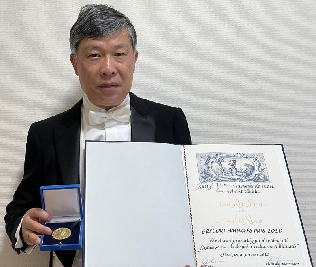