Shibaura Institute of Technology ranked 1201+ in the THE World University Rankings 2022, and 5th among private universities in Japan for "International Outlook"! 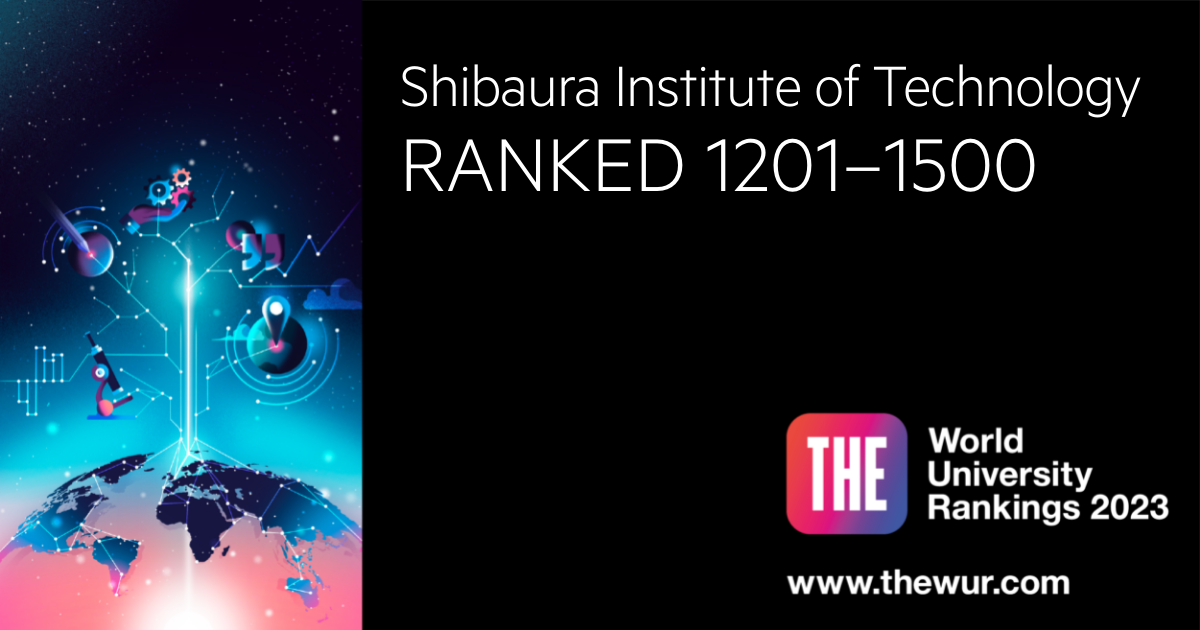 SIT has been included in this ranking every year since the 2017 edition, and its score has increased every year. Especially in the field of "Research", the number of papers and external research funds have been steadily increasing due to the improvement of its research environment, including the deployment of laboratory equipment in the Techno Plaza. Its score for "Research" ranked 28th in Japan. With regard to research, the Bay Area Open Innovation Center (BOICE)was established in the new Centennial Main Building, which opened in 2022. We will continue to further enhance this center.

In terms of "Industry Income," SIT ranked 7th among private universities, showing that its research, which can be implemented in society through industry-academia collaboration activities such as active joint research with companies, is producing results.
SIT is also the only science and engineering university to be ranked for "International Outlook" among the top 10 private universities, most of which are comprehensive universities.

What is the THE World University Rankings, which includes over 1,799 universities (the largest number ever)?