The University of Aizu

Ambassador of Tunisia to Japan and Delegation Visit the UoA

On March 30, 2022, H.E. Mr. ELLOUMI Mohamed, Ambassador of Tunisia to Japan and his delegation visited the UoA. After a discussion with the President MIYAZAKI Toshiaki, Professor BEN ABDALLAH Abderazek (Dean of the Department of Computer Science and Engineering) gave an explanation about the results of AI research at the UoA. There was then a discussion about topics including strengthening cooperation to promote the acceptance of Tunisian students in the future.

The ambassador expressed his hope for the promotion of exchange between the two countries, noting, "In the future, we would like to strengthen research and student exchanges between Tunisian universities and Japanese universities, as well as cooperation between provincial cities in both countries."

Tunisia will also be hosting an international conference initiated by the Japanese government and jointly organized with the United Nations, the United Nations Development Programme (UNDP), the World Bank, and the African Union Commission (AUC) on August 27 and 28, 2022. Looking toward the conference, there was a discussion about the UoA's involvement in the event. The ambassador said, "We would like to create opportunities to deepen exchanges with Tunisia and other African countries.

The visit was made possible to a number of factors. One was the fact that Tunisia identifies the ICT sector as one of the pillars of its economic development, and the ambassador has expressed strong interest in the academic knowledge and research of the UoA. Another was the fact that Professor ASANO Atsushi of the Office for Planning and Management and the Center for Globalization once served as a Director of the JICA Tunisia Office. Yet another was the fact that Professor BEN ABDALLAH Abdarazek, a Tunisian national, has connections with the Tunisian Embassy in Japan.

As of April 2022, the UoA has accepted three international students from Tunisia to its doctoral program, with two of them having completed the program already. These alumni have been working as excellent engineers and researchers in their home country and at research institutes in Japan. The UoA will continue to promote the acceptance of international students in line with our global strategy. 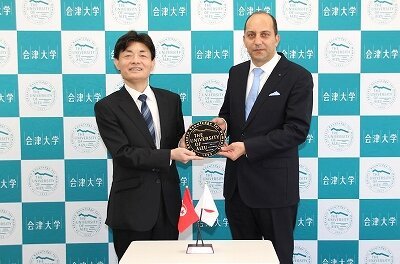 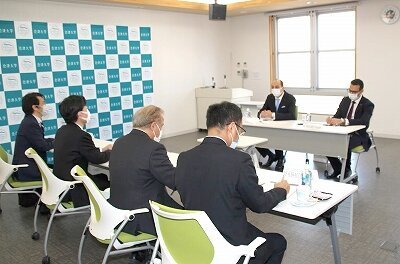 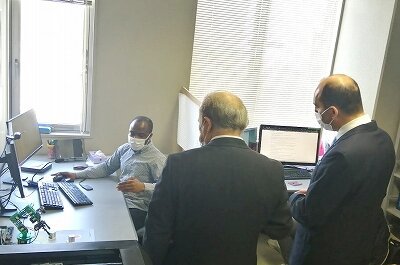 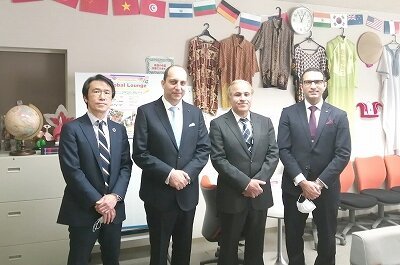